Have you ever cut calories from your diet, expecting to lose a pound or two per week, only to fall short? Sure, it started off well, but as weight loss slowed, you began to think, what the heck is going on? Why is my body conspiring against me?!

If this sounds familiar, you were likely following the widespread but incorrect 3,500 kcal = 1 pound rule.

This rule holds that reducing energy intake by 500 kcal/day leads to a “slow and steady weight loss of about 1 lb/week”(1). Following this rule, one would expect a weight loss of 52 pounds per year without ever reaching a plateau (2).

We know body weight changes aren’t so simple, and we don’t lose weight indefinitely, so, where did this pervasive rule come from?

The concept of 3,500 kcal being equal to one pound of bodyweight originated from a 1958 journal article by Max Wishnofsky (3). He based this number on calculations from a small weight loss study conducted in 1930 (4), in which “0.6 pounds of body weight lost had an equivalent of 2,100 cal” (3).

Since the paper’s publication, the 3,500 kcal/pound rule continues to be cited and taken as a rule of thumb (5,6).

Weight loss is not a constant process and slows over time due to biological adaptations such as increased appetite and decreased energy expenditure (7). As such, bodyweight eventually reaches a new steady-state (8), which isn’t captured by the 3,500 kcal/lb rule.

Also, the rule assumes only fat tissue is lost, when in fact, lean tissue is lost, too (9). Therefore, calculating the mass-energy deficit requires knowing how much of the weight change is from fat, and how much is from lean tissue (2). Thankfully, there’s now a mathematical equation that accounts for this (10).

Likewise, initial body fat mass matters too, with “heavier people requiring a greater energy deficit for the same amount of body weight loss” (2). This is because the energy density of fat is approximately 5 times greater than the energy density of lean tissue, 9,400 kcal/kg and 1,800 kcal/kg, respectively (11). Using the 3,500 kcal per pound rule assumes everyone, regardless of their body composition, will lose the same amount of weight.

A better way to predict the trajectory of weight loss

Researchers at the National Institutes of Health (NIH) developed an online tool to better predict the time course of weight loss. It’s called the Body Weight Planner, and you can access it here.

It’s based on a mathematical model of human metabolism and how it responds to diet and physical activity changes (8). For example, Figure A shows the predicted weight loss when energy intake is reduced by 500 kcal/day using the 3,500 kcal = 1 pound rule (static model) versus the Body Weight Planner (dynamic model). 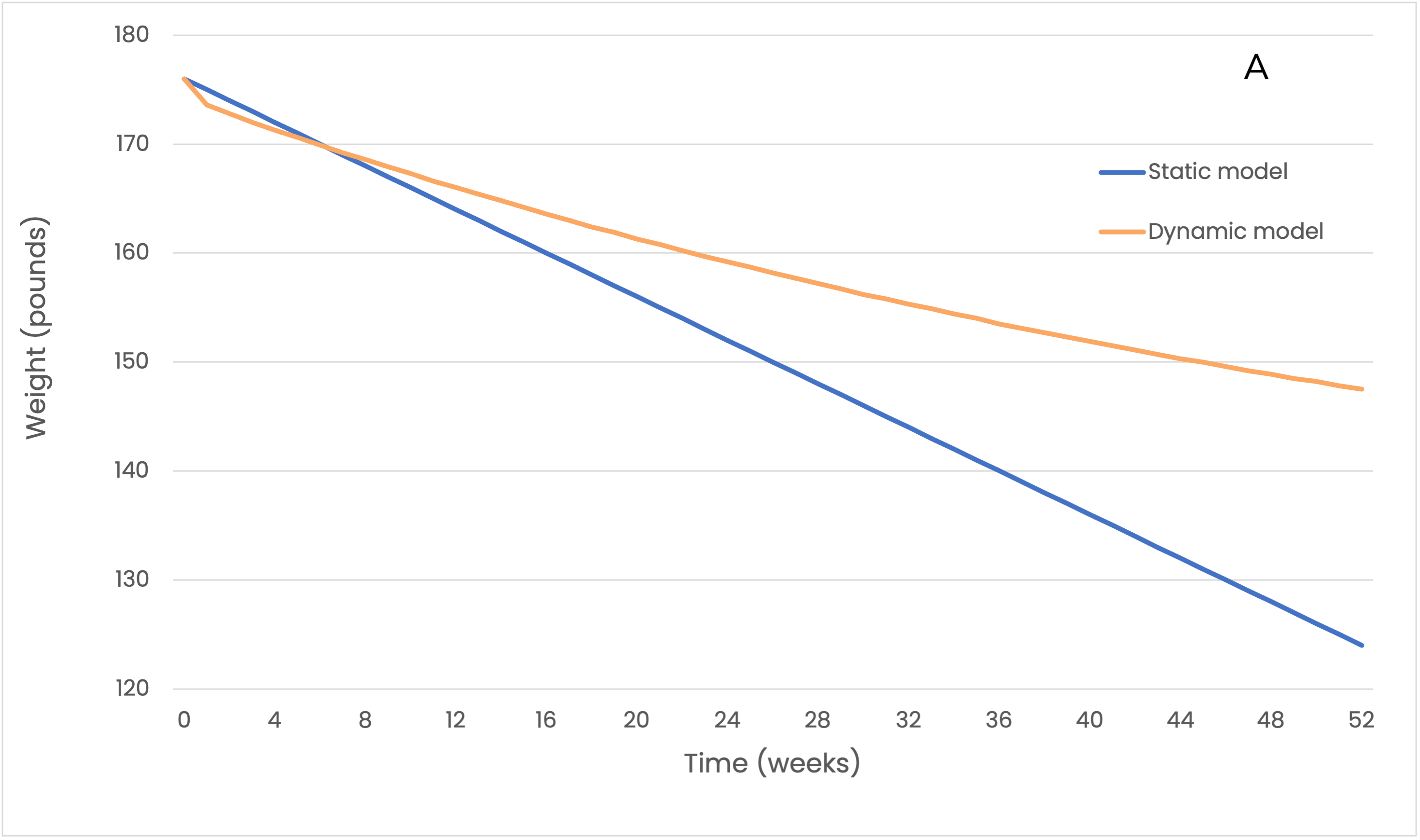 As we can see, the static model overestimates weight loss. This has important implications because as weight loss slows despite adhering to calorie restriction, the reaction is often frustration, despair and abandoning of all weight-loss efforts because of following an outdated rule. 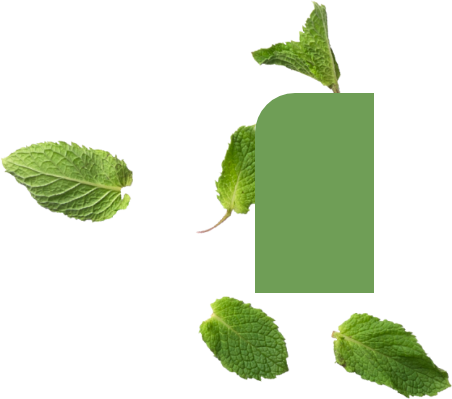 The 3,500 kcal = 1 pound rule is inaccurate. If you hope to achieve sustainable weight loss using it as a guide, you will likely be disappointed with the results. Instead, use the Body Weight Planner to get a more accurate time course for weight loss. It will help you set realistic goals and track adherence to your diet and lifestyle intervention. 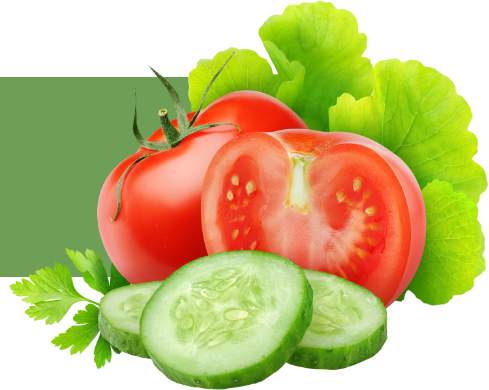 Hi there! I’m a Holistic Nutritionist with a BSc. in Nutrition Science and a background in Chemistry. I have the great privilege of working with you to create a personalized wellness program. This is so exciting because we’re beautifully unique and have different needs. 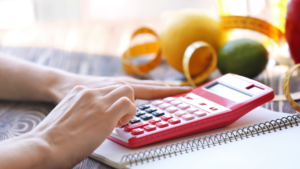 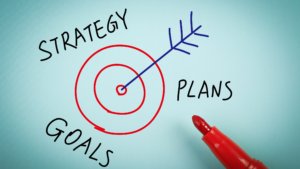 The world is looking for a healthier way of life.
Subscribe today for weekly health tips and motivation!

Hi there! I’m a Holistic Nutritionist with a BSc. in Nutrition Science and a background in Chemistry. I have the great privilege of working with you to create a personalized wellness program. This is so exciting because we’re beautifully unique and have different needs. Together, we’ll design a plan that works for you in the context of your life.

*I’m trained on the use of a low FODMAP diet for IBS by Monash University.